Glad to be back 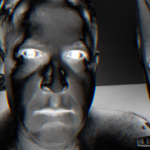 Summer is coming to a close

Staying away from social media and silo’d news sources has become a real pain in the arse.

I’ve been following the SeattleHobos sub Reddit, posting observations about what I see in my neighborhood and in the greater Seattle area. Its quite a mess. Fentenayl zombies crawling around all over; crazy people screaming @ 0300 in the morning because they just got ripped off in a drug deal. Welcome to the new Seattle where addicts do not take responsibility for their actions. Instead, citizens are completely ignored by the Seattle City Council of cowards and practicing Marxists. Trace back how much money has been provided to the Homeless Industrial Complex, the purchasing of land and hotels that turn into dilapidated drug dens, The average price to house the unhoused is $548,000 per unit. They tear up the public spaces with their garbage, crime, fires, drug dealing, drug use, casing our homes, stealing our Amazon packages, our mail and threatening my neighbors and I with violence. It would be one thing if the RV dwellers and tent campers didn’t leave so much garbage around wherever they go ….kinda like Pig Pen from Peanuts but only 100,000 times more self destructive.

Every single KOMO, Seattle Times or local news always has a story to dictate the false narrative that the unhoused are simply just down on their luck – When they refuse services provided to them and want to continue their self destructive addiction, the Seattle City Council enables their entitled attitude by providing “comfort stations” which are basically HoneyBucket port a potties since they always end up clogging and destroying the public park bathrooms. They no longer hide their drug use – They put needles in their arms around little kids. When driving by, in my neighborhood, they stand around and give back Mr. Tough Guy glares as if they actually own a house here.

Raised on military bases. Lived all over the United States. I roam usually from Seattle to Copenhagen to Maui to Northern California. Experienced Program Manager and Senior Technical Writer with experience at Microsoft, Oracle, Adobe, and city, state, and Federal agencies.

No comments to show.

Glad to be back